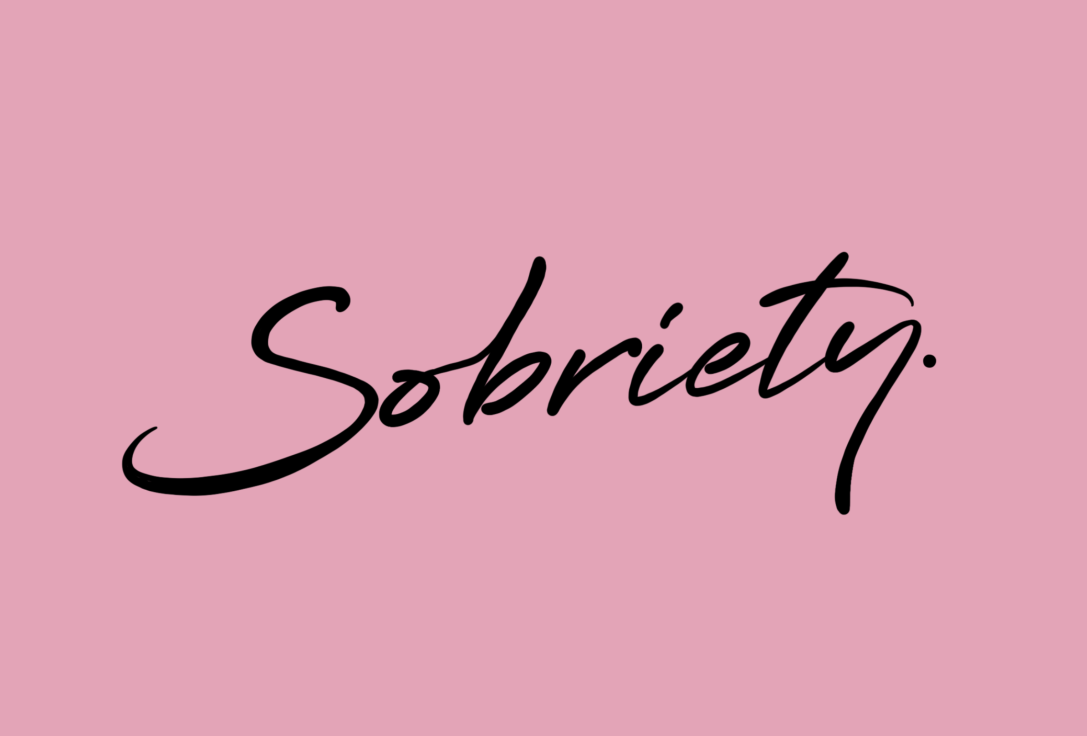 Alcohol CULTure: the life and death of the party. How I went from Party Girl™ to High-Maintenance Sober Chick™ and proud.

I used to have a cocktail named after me in my favourite bar.

Now, I’m the one that complains if there’s only prosecco & cocktails at an event, and eats apples backstage. I’ve even switched to alcohol-free mouthwash, and use empty champagne bottles for flowers. I intently listen to and remember everyone at parties. Choosing sobriety means choosing yourself, and it feels deliciously intoxicating.

“The biggest misunderstanding I had about myself was that I was an easy person.”

I’ve celebrated birthdays, Christmases and weddings sober. Apart from some of the guests becoming unbearably drunk, it’s an amazing character-building experience. I’ve pushed away tequila shots shoved in my face, and given back drugs that were handed to me as gifts. I’ve danced for hours with a drink of water or cranberry juice in my hand. I simply leave if it’s crap or uncomfortable, or if I become tired – instead of altering myself chemically to endure it, talk to people I don’t want to and stay up longer. Just like the hundreds of hours I spent playing video games as a kid – all those hours spent in shit bars, house parties and events drunk were fun at the time, but I’ve got absolutely nothing to show for it!

For me, the whole ‘work hard, play hard’ Rock’n’Roll cliché was great fun for a bit – but it got pretty boring, pretty quickly. Tattoo studios can be a breeding ground for bad behaviour and shitty attitudes. I asked myself: “Who was I trying to impress?” “why was I trying to keep up?”

When I first got sober in 2017/18, I was still attracted to people who were irresponsible and drank/partied a lot. Their behaviour still seemed sexy, spontaneous and appealing. I feel it was still a part of me that was holding onto that state of mind, even just a little. I stayed sober on dates, whilst watching them drink. Sometimes they wouldn’t drink either, maybe to impress me or try and prove a point. Most of the conversations revolved around drinking/drug taking, or ex-partners. I realised that this was just another trauma-bond, and that I still had a lot of healing to do. I don’t want to spend my life with someone that I would have to ask to stop drinking, or could smell and taste alcohol on them. I can’t stand the stuff now – it feels like a poisonous, unnatural chemical to me. Because really, it is.

These days, I have high heels AND high standards…

For me, being sober still feels like an act of rebellion. When you first start to ditch something so poisonous, alluring and controlling as alcohol and other drugs – more toxic things start to become louder, more noticeable (and eventually unbearable).

I started to ask myself more questions.

“If I can get sober, I can get over him. If I can do that, I can definitely do this. What’s next? If I can give up alcohol for the sake of my life, I can easily give up gluten for the sake of my health. I worked through that and learnt from this, How can I level up again? I feel awesome. How can I feel even better than this? I’m ready for whatever comes next…” I got completely addicted to growth, self improvement and doing right. I still fuck up, obviously, but I do it better.

I’ll never forget those first few times of turning down drinks, going home sober and feeling smug. Looking after myself before bed, tucking myself in and waking up well-rested and fresh. Counting weeks and then months sober in my first year was the first time I’d properly celebrated smaller victories. When I started doing this, I realised truly how rich and capable I had really been, this whole time. I realised how much I had to be grateful for.

I had to put up with comments like “we miss the old La”, “think you’re better than us now?” “you used to be fun” – but trust me, none of the people that said things like that had a life that I wanted for myself.

(Those stats are from typing in what I thought my average was around the time I stopped, there were “better” and “worse” weeks/months/years.)

How have I spent that extra money? Therapy. Weekends away. I buy myself flowers, I buy my terminally alcoholic mother flowers every time I see her. I buy flowers and gifts for my friends more. I buy good food. I treat myself and others more. I donate.

How have I filled the extra time? Meditation. Training. Running my own business. Spending lots of time by myself, sitting with myself. Doing lots of self care, and self inquiry. Writing. Sleeping. NOT wasting my time being hungover.  I launched an online Lala Inky brand store, with over 600 items.

Alcohol CULTure in the UK is shocking. Regularly poisoning and destroying yourself is normal, posting memes online and taking the piss is totally normal. But it’s killing us, and we feel like we can’t stop. Doing the same thing over and over expecting different results/improvement is, by definition, insanity. Also, repeating the exact same highs and lows in a vicious circle is, by my definition, a fucking carousel. Sure they’re a fun ride, but they don’t go anywhere.

I used to be a very performative person, I wanted to be taller, louder, funnier, show off and appear sparkling – despite having no inner shine or glow left. I was so tired and miserable. I had no idea I was Autistic and chronically ill, soaked in trauma and childhood/adult PTSD, stuck in the tar pit. I kept masking, kept playing along and kept playing the part. Until I just couldn’t any more.

Although I classed myself as bad, my alcohol/other drug taking really wasn’t “rock bottom” stuff by definition. I don’t have any particularly gory stories. I was still exercising some sort of professional routine and restraint, showing up to my appointments and doing my best at the time. But to me, it was bad and that was enough. In the few months before I stopped, I could feel myself slipping downward. My physical and mental health was deteriorating and I had a near-death scare after coming back really sick from a festival. I was constantly in pain and was very unstable emotionally. I was suffering from severe autistic burnout and sensory overload without understanding. I had so many physical symptoms of very complicated issues. Growing up in an alcoholic home with two anti-role models has been a blessing that I can learn from as an adult. I’m glad I was able to listen to my gut and take responsibility for my own life.

I don’t have to play ‘party alchemist’ anymore. I can turn up to the place dancing my ass off without waiting until I’ve had enough substances to qualify myself as ‘in the zone’ and give myself permission to let go. I dance on tables a lot better now!

Now, I have healthier relationships and better boundaries. I dance whenever I want to. Memory is sharper, but I am no longer victimised by memory. I’m less reactive to bullshit. I gratefully let go of and naturally lost contact with toxic relationships and “frenemies”. Good friends respect your sobriety. I was able to start a process of self-inquiry that led to an Autism diagnosis early this year. I was able to have the courage to follow-up with diagnosed multiple associated conditions and chronic illnesses. I am now able to recognise and manage these, now that I have replaced my psychological inventory with tools instead of weapons.

I have heightened senses and intuition. I’m more confident. Problems are now in their correct proportion, and I now have to deal with them head on.
My tattooing has improved, now that I can pace myself, recharge and look after myself better. I show up better for my clients.

After 15 years drinking and 2 years sobriety, I can honestly say:

For me, NOTHING tastes as good as sober feels.

I still have to wade through the tar pit sometimes, but I’ve trained my demons to swim beside me.

Lala is a Welsh Tattooer of 8 years and lifelong Illustrator. She/her: feminist, trans ally, LGBTQA+ inclusive/queer and non-binary friendly. Bisexual/fluid and previously polyamorous, currently single/self partnered. Lala specialises in freehand and custom tattooing, working by appointment-only at her private studio in Cardiff. She has created design work for musicians and bands such as Skindred, and has collaborated with companies such as Red Bull. Lala is currently taking on a select number of tattoo appointments, commissions and creative projects as well as running her merch store and writing about her life and experiences. www.lala-inky.com View all posts by Lala Inky