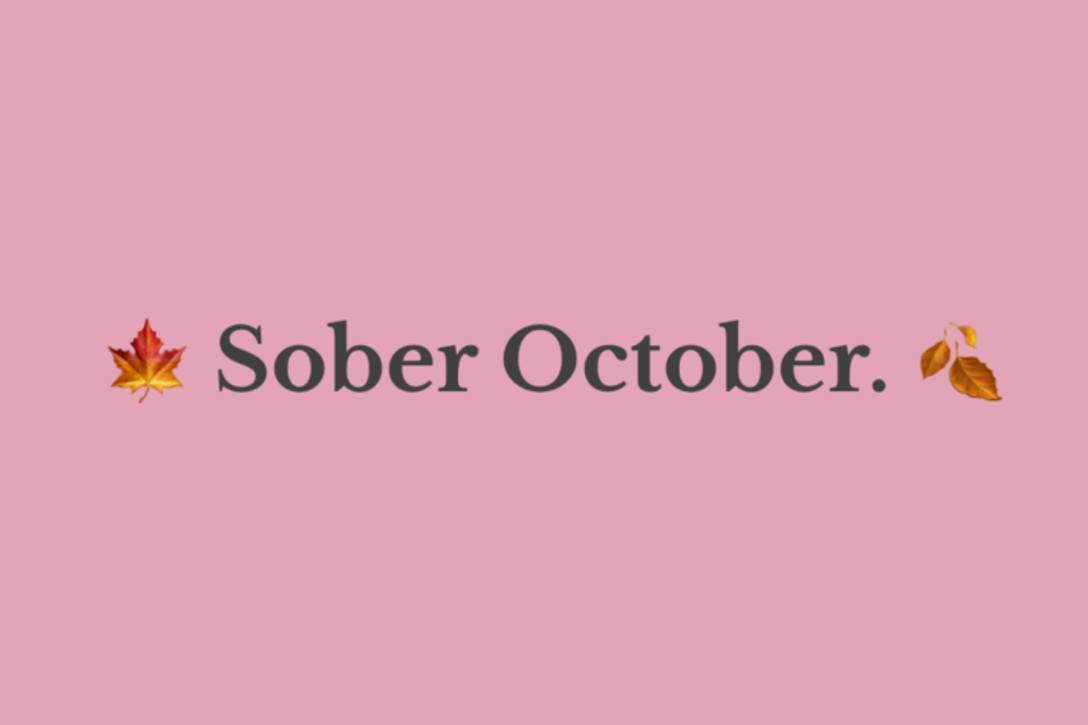 This month will mark my 4th year sober. October 2017 always reminds me of how hard I tried to stop drinking, after successfully quitting other drugs a few months before. I remember the chaotic situations I was desperately trying to drag myself out of. I had ended a relationship in the summer that was extremely “un-sober” which left me with nowhere to live. I was homeless, unknowingly autistic and chronically ill, manically depressed and hovering at rock bottom – trying to do my best to create good tattoos and becoming well again. After spending 8 weeks without a fixed address and sleeping on a blowup bed in an empty house that wasn’t mine, I finally got the keys to a new little flat of my own on the 3rd October. 🔑 I plan to write about the first time I got sober in my twenties, called Relapse.

🎃 October 2017 reminds me of all the questionable and downright toxic friendships and “situationships” I had surrounded myself: the coworkers at a guestspot that had no problem with staying up late drinking and tattooing hungover the next day. The problematic clients who would haggle and push boundaries. The photographer that wanted to do shots at 9am before we started shooting. The monogamously married man that wouldn’t stop texting. The sexually abusive friend asking if I wanted to “hang out” again. I find the whole summer to autumn transition very triggering, but it ultimately reminds me of how much self harm I’ve survived, the manipulation I’ve endured and everything else I’ve fought through.

I sometimes wish I had been able to get sober sooner. 3 weeks after getting the keys to my flat, my best friends at the time pulled me out of a quiet night in unpacking and nesting and into town last minute to try and hook me up with a couple they knew I had a crush on. I got there for 11pm, anxiously sober and dressed my best… The rest is a blur. I vaguely remember ending up in a strip club, then a flashback of watching both of my friends strip down to their pants in their flat with the couple watching and laughing, the three of us fully clothed. I woke up alone the next day. I wasn’t sure what I wanted, but it definitely wasn’t that. The whole night left me with a bitter taste in my mouth (maybe it was the shots) and a lot of regret and shame. 6 days later I managed to stick to my Sober October pledge and had my final drink (fingers crossed) in the early hours of the 29th. I was at a Halloween party, dressed as a giant plant (Audrey 2 from Little Shop of Horrors, to be exact!). Everyone else stayed out that night but I was so tired. I took myself back to my flat, washed off the green and put myself to bed. I was so painfully tired from the exhausting PartyGirl persona I was performing and feeling the need to audition for people’s attention and affection. Fed up of playing out all the drama and tragedies that would give me plenty of excuses to want to drink. I didn’t want to feel excited by bad situations and toxic behaviour anymore. I wanted to recover, to get better, to have better boundaries and higher self esteem. I wanted to feel peaceful, not bored. I desperately wanted the courage to be happy and content.

🎃 October 2021: sobriety has NOT been easy, especially the last couple years! I’ve let go of 90% of old relationships, and my block list is longer than my arm. I wanted boundaries, and now I uphold them fervently. It’s definitely more peaceful, which is what I strive for constantly. I got real honest about what I wanted in a relationship, which was monogamy along with a list of qualities that I wanted in a partner. I don’t have the emotional and psychological energy for polygamy; and looking back, I never did. I share my flat and my tattoo studio with my sober partner Chris, who ticks ALL my boxes! We’re both autistic and chronically ill, and we take care of each other. He recently started his second degree and is studying Psychology alongside tattooing part time. We’re working hard to survive the pandemic and looking forward to our first anniversary this winter. ❄️

Lala is a Welsh Tattoo Artist of 10 years and lifelong Illustrator. She/her: LGBTQ+ intersectional feminist, inclusive/queer and trans/non-binary welcome. Bisexual/fluid and previously polyamorous, now in a monogamous relationship with an autistic, chronically ill tattoo artist and writer (just like her). Lala specialises in freehand and custom tattooing, working by appointment-only at her private studio in South Wales. She has created design work for musicians and bands such as Skindred, and has collaborated with companies such as Red Bull. Lala is currently taking on a select number of tattoo appointments, commissions and creative projects as well as running her merch store and writing about her life and experiences. www.lala-inky.com View all posts by Lala Inky